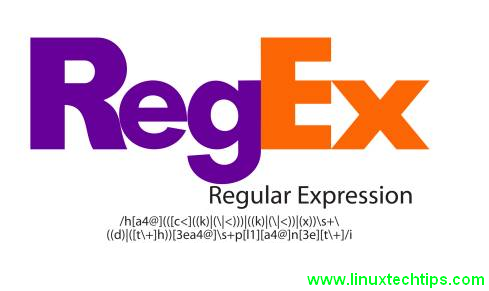 
Note that whilst the use of forward slashes is most common it is often possible to replace these with any other single character. This is useful if using a path name or url that contains slashes that would otherwise need to be escaped.
Replacing characters or strings
Regular Expressions are often used to find and replace text so the example:
s/Linux/UNIX/
would replace the word Linux with UNIX (useful if you wanted to convert some documentation to a more generic UNIX reference rather than restricting to Linux. The "s" means substitute, in the match earlier there is an implied "m" character meaning match. Depending upon the program / language being used you may or may not need to include the "s" or "m" characters.


Modifiers and special characters
There are also a number of modifiers that can be added to the end of the regular expression. The two most common are:
g which means match globally, ie. replace all occurrences in the string rather than stopping after the first one (which is probably what we really wanted for the ealier example).
i means ignore case (or perform a case-insensitive match).


So our earlier example could become:
s/Linux/UNIX/gi
to replace for all occurrences regardless of case.


The above examples are nothing more than a basic find and replace, but the real power of regular expressions is when you include meta-characters and other special commands. Some metacharacters are:
\ Escape the character following it (ie. ignore special properties of the following character)
. Match any single character except new line
^ Match at the beginning of the string, or if the first character in square brackets matches elements not in the list
$ Match at the end of the string
* Match the preceding element 0 or more times
? Match the preceding element 0 or 1 time
{...} Range of occurrences for the preceding element
[...] Match any of the characters between the brackets
(...) Groups regular expressions often leaves values in $x - where x is the number of the bracket pair (staring at 1)
| Matches either the preceding or following character/expression